I am a member of Data Unlocked, a co-operative business formed to work on data projects for social good. We are currently working on a project with Inside Outcomes and Birmingham City University to estimate the rate of diagnosis of over twenty health conditions in England using openly available datasets. This blog post explains how we have made our estimations.

Earlier this year Data Unlocked spoke with Darren Wright of Inside Outcomes about the possibility of estimating the diagnosis of health conditions in England by area, something we were surprised wasn’t already available. 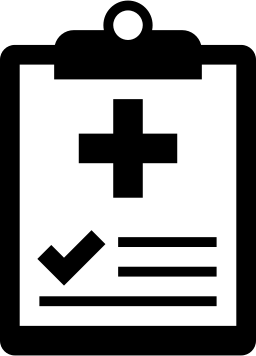 They also produce statistics about the number of patients registered in GPs practices, broken down by the Lower Layer Super Output Area (LSOA) they live in.Continue reading

Last week I attended the AbreLatam and ConDatos events in San Jose, Costa Rica. It was the fifth edition of this regional conference on open data for Latin America and was held over three days at the Museum of Contemporary Art and Design in central San Jose. What follows is a round up of the the days along with some of my impressions.

The first day was an unconference event, with the agenda being decided by the participants at the start of the day. There was a sizeable proportion of attendees who were at their first unconference. The format went down well, with a number of people saying how much they enjoyed the more collaborative style both during the day and at the end of the event.

One difference to other unconferences I’ve attended was that, instead of asking people to come up and pitch their ideas for sessions at the front, we were all given three Post-It notes. We wrote down three topics, ideas or thoughts and stuck them on the giant blank agenda.

One of the topics of conversation that came up both on this day and subsequent ones was the need to pursue and prosecute laws where they already exist. For instance, in the first session I attended on privacy, a number of attendees said that their country had strong privacy laws but that they were often ignored with impunity by the authorities.

There was also a conference on human rights in San Jose last week and a lawyer attending that told me something similar, that in many cases in Latin America it is not that the law does not confer human rights, but that people’s access to exercising those rights are unequal.
Continue reading

This year, if everything goes to plan, I am going to do something I’ve wanted to do for some time and live and work abroad.

As of next week I’ll be studying on a CELTA (Certificate in English Language Teaching to Adults) course for two days a week at Gloucester College. CELTA is one of the more widely recognised qualifications that prepare people to teach English as a foreign language. The course lasts?five months, finishing towards the end of June.

There are some significant birthdays (the kind that end in a zero) amongst family and friends in July and so my plan at the moment is to be heading off for Central or South America around early August time.

Hopefully by then I’ll have narrowed it down to a more specific locality.Continue reading

This Saturday is Open Data Day.

Data describe the places where we live, work and play and it helps us to understand the world around us. You could be interested in local transport, health or education, our public services create data about all of them. Data can help you hold politicians to account, or it can tell you where the nearest public loo is.

In Birmingham we are holding an event at Birmingham City University where we are going to set up a West Midlands “Open DataStore In A Day”. The idea is quite simple. Over the day we will set up a website that can hold open datasets and publish what we can find to it.?You don’t have to be a technical whizz to take part. Enthusiasm and curiosity are enough to make it worth your while coming along.

We’ll spend the day finding and collecting the data that people are interested in and we’ll put it all together in one place online, in the West Midlands Open Datastore. Once we’ve done that, it makes it all a lot easier to do something useful with.

If somebody can’t find the data that they are interested in then we will help them to write a Freedom Of Information request to ask for it. When those are answered we will add them to the Open Datastore.

I’m really pleased that Data Unlocked, the co-operative venture that I’ve recently helped to co-found, are providing the website for people to work on during the day, and that we will continue supporting it afterwards. We’ve helped to organise the day along with Open Mercia and RnROrganisation.

In?Emer Coleman’s recent post about the City as a Platform?she says that she has seen quotes of up to ?200,000 for Data Platforms. We think that we can do a lot with some free open source software and the goodwill of people volunteering their time and skills.

We are using?Ckan?to host the West Midlands Open Datastore and are thankful to the Open Knowledge Foundation for providing this free, open source software for us to use.?Thanks also to Birmingham City University, who are providing us with a room in their sparky new offices at Parkside.

In preparation for the upcoming Creation and Innovation Weekend of the?Open Data Institute’s?first?Immersion Programme on Crime and Justice?I’ve been pulling together some links to relevant open data resources.

data.gov.uk does a lot of the fine grained curation and linking already, of course and will often provide links to relevant datasets published by UK public sector organisations.

Then, within the scope of our Crime and Justice Series, the following links may also be interesting.

The Ministry of Justice?maintains a page linking to it’s statistical resources, along with a publication schedule that looks forward 12 months. The Home Office publish the Police’s recorded crime as open data, which some people might be interested in comparing against??the British Crime Survey. And there is also Police UK’s API that “”allows you to retrieve information about neighbourhood areas in all 43 English & Welsh police forces and for the Police Service of Northern Ireland””

People who don’t mind the challenge of scraping PDF documents might also be interested in the data behind IPSOS Mori’s recent survey showing that concern about crime is at a 20 year low.Continue reading

Over the past few months myself and Mike Cummins, as part of our nascent co-operative set-up, have been working with Gateway Family Services building a system to help them demonstrate the impact of their work with pregnant women. Gateway have a Pregnancy Outreach Worker project which works with women who have “indicators of social risk”.

This means that their living circumstances are such – they may have substance addiction(s), be living in temporary accommodation or newly arrived in the country, for example – that their pregnancy is in particular risk of having a poor outcome.

Pregnancy outreach workers (POWs) support pregnant women during their pregnancy, help them attend clinical appointments and aim for them to be more independent upon leaving the service. Often they will help them with access to another service and will hand them over to them when their POWs support finishes.

We’ve looked at a number of the different frameworks that organisations use when they are commissioning public health services that relate to pregnancy and maternity. From those we have created a system where a service provider, such as Gateway, can enter their summary data once, but can then publish it against any one of a number of the relevant frameworks.Continue reading

Last week I wrote about the Open Data Institute’s first Immersion Programme on Crime and Justice. I’m series lead for this and part of the role means that I’ll be both encouraging people to take part and supporting those that do.

As a recap, the challenges that we have set are:

How can open data projects be constructed that achieve one of the following:

An obvious question to ask is why would somebody want to take part in the series?
Continue reading

I’ve recently taken on a really interesting role working with the Open Data Institute. Over the next nine months I’ll be the series lead for their first Immersion Programme where we will be working with developers, data owners within and outside government and other interested parties to help establish some substantial and sustainable open data projects. This first programme has the theme of Crime and Justice.

Last Wednesday, 20th March, we kicked off with a day long session at the Open Data Institute where we discussed what three challenges should be set for participants in the programme. The day was arranged and co-hosted by Olivia Burnam from the ODI, who will continue supporting the programme when she returns to the Cabinet Office next month.

I’m lucky enough to be involved in a number of events this month.

On the 15th November I’ll be going along, and probably talking, at the Chamberlain Forum‘s round table discussion on how open data and communication can help support a Co-operative Council. I’ve been involved in some work on open education data that I’ll be using as an example for that discussion.

The following Monday is our third HyperWM event. HyperWM is an unconference for local government in the West Midlands. As I write this there are still some tickets remaining but they might not be there for long. This year our hosts and sponsors are Sandwell Borough Council and we will be spending the afternoon at The Public in West Bromwich talking about how digital technologies can help us do things better in local government.

I really enjoy the spontaneous feel of an unconference, which is where the participants decide the agenda and pitch to run the sessions at the start of the event. It leads to a lot more enthusiasm about the subject matter and support for other people and their work. It proves that working life isn’t all about Apprentice-like competition, but is far more productive (and fun) when you work in collaboration with others.

Later that week I’ll be spending a couple of days attending Hello Culture. It’s one thing I’ve continued to be involved in since leaving Digital Birmingham, mainly because I’ve enjoyed the previous events so much. I also need to be there because I’ll be chairing the panel on digital and cultural collaborations. Come along and watch me ramble….

Also there at Hello Culture will be IC tomorrow, a Technology Strategy Board programme that “….stimulates innovation and economic growth in the digital sector, by breaking down barriers and opening doors for a new generation of entrepreneurs.”

There is an opportunity for 10 businesses to present at their ?Meet The Innovators 3′ session which will be held on Wednesday November 21. It’s a chance to pitch an idea to a group of cultural organisations and also in front of the people running the IC Tomorrow programme.

I attended the Development Data Challenge organised by Publish What You Fund at the Guardian offices over the bank holiday weekend. There is a really good write up of the whole day on The Guardian’s Global Development site, Julia Chandler has written up her experience of the challenge and Laura Newman from the Open Knowledge Foundation has also written an excellent blog post, so I’m just going to cover the work that I contributed towards.

The group I was with tackled?a number of challenges relating to traceability of aid flows. In plain language traceability is being able to follow the money from a donor organisation or government right through to an individual activity or project in a recipient country.