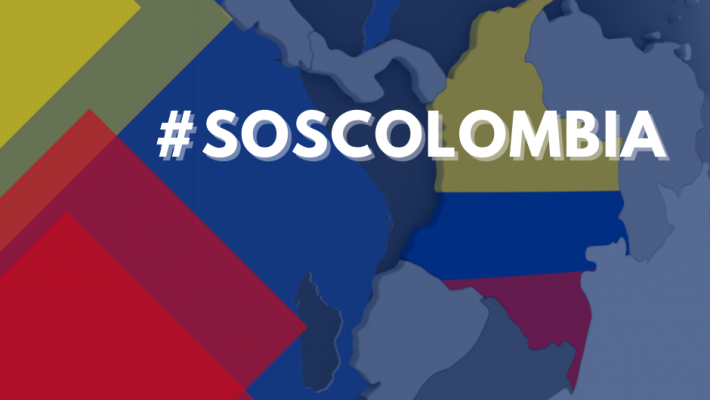 The national strike in Colombia began on 28th April in protest against a series of tax reforms that would have disproportionally affected working and middle class people. The strike protests have been supported by a wide range of Colombians who aren’t necessarily trade unionists, amongst them the young, those in precarious employment, afrocolombians and indigenous groups.

The government’s response has been violent and murderous. Government forces have killed at least 43 protestors, with many more people reported as having disappeared.

Recently, the bodies of people who had disappeared started appearing in the Rio Cauca, close to the city of Cali.

Things that people in the UK can do right now, in support of protesting Colombians, include: